The wicked flee when no one is pursuing, But the righteous are bold as a lion. – Proverbs 28:1

Being third in the line of boys…and the quietest of my bunch…sometimes Jackson gets lost in the mix.

He is just not the total extrovert that the rest of us are.  He needs time to rejuvenate and refresh…alone…before tackling people again.

This is not to say that he isn’t friendly.  I get comments all the time about how good he is with new kids, including them easily in whatever he is doing.  He showed this trait on the missions trip.

He is also a ham.  He is the one to tell the jokes, albeit often corny.  He loves to be clever with his words.

He showed something else, a budding strength that I think will get him far in this world.

When the situation calls for it, he can be bold.

Now, since he was a little guy, Jackson has been the monologue king.  He would be sitting on the floor, playing with a toy, reciting the lines from some show he had seen.  He could remember long passages, even at a very early age.

I have asked him about trying community theater.  We have a couple Christian children’s theater groups here in the area, and I told him he could take a class.

So far, he has refused, saying he doesn’t like that kind of thing.

Enter the missions trip.  He and one of the other boys on the trip really hit it off.  He and Ethan hung out a lot, talking 90 miles a minute, planning things for the future.

They also planned to be part of our team talent show.

They chose to do a skit.  In fact, as people backed out on them and changed things several times, they still were determined to do something in the talent show.

The skit they did was just about what you would expect a couple 8-year olds to do.  It was silly.  They messed up, but kept going.  They had a ton of fun doing it.

And, silly as the skit was, my heart swelled.

Now, I have no illusions that I have a budding Olivier…I am not even sure I would want one of my boys to fight the Babylon of Hollywood.  But I am convinced that the boldness he is learning to display…both in getting up in front of everyone, and sticking to his guns about participating even when others dropped out…will be used by God in mighty ways.

My little guy is growing and changing into what I pray is a budding man-after-God’s-own-heart.

And I glory in it. 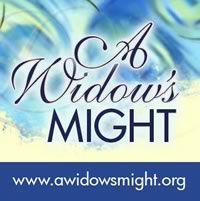